The cricketer was visiting the psychiatrist
Cricketer: 'It's terrible. I can't score runs, I'm a terrible bowler, and I can't hold a catch. What can l do?
Doctor: 'Get another job.'
Cricketer: 'I can't. I'm playing for England tomorrow !'

The nervous young batsman was having a terrible time and was lucky to still be at the crease. During a lull, he stammered to the wicket keeper, 'Well, I expect you've seen worse players.'
Silence....
He said 'I said I expect you've seen worse players.'
'I heard you the first time. I was just trying to think.'
In a country town match, the batsman was out first ball.
'Not like last week,' said the wicket-keeper.
'No,' said the batsman.
'Last week I stayed in and got forty and when I got back all the beer was gone!'
'I can't understand it,' said the captain.
'It was such an important game that I bribed the umpire and yet we still lost.
''Terrible, isn't it,' a bowler agreed. 'It's getting so you can't trust anyone.' 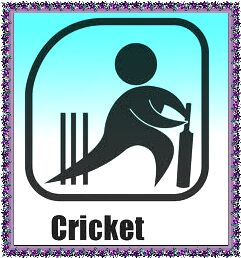 A cricket enthusiast had three trays installed in his office labelled 'In' , 'Out' , and 'L.B.W.' .
A visitor remarked as he could see the significance of 'In' and 'Out' but what did 'L.B.W.' mean ?And the cricket enthusiast replied : "Let the Bastards Wait."
A famous fast bowler was introduced to an arab sheikh who boasted that he had eighty three wives .The bowler said " You only need two more , and you're entitled to a new ball."
Last Words by Famous People The cricketer was visiting the psychiatrist Cricketer: 'It's terrible. I can't score runs, I'm a terrible bowler, and I can...